James is a shiny (almost kinky) dibond-topped table, and an homage to the scene in the 1986 film Ferris Bueller’s Day Off in which Cameron Frye pushes his father’s convertible Ferrari through the window of the Rose House glass pavilion before it crashes a few meters below. A landmark of modernist architecture, the Rose House was built in 1954 in Illinois by James Speyer, a protégé of Mies van der Rohe, together with David Haid. The glass pavilion where the iconic scene was filmed was originally built to display the Rose family car collection. Both the car and the bay window were, of course, props. In Beaudemont’s work, the table’s concrete legs are cast from elaborate industrial cake moulds, one of the many applications of classical architectonic shapes in mass-produced commodities.

The folding screen Walter refers to the MetLife building in Manhattan after being partially destroyed by Godzilla in the eponymous film directed by Roland Emmerich in 1998. This building, former PanAm HQ, was designed by Emery Roth & Sons, Pietro Belluschi and Walter Gropius in the 1950s and is an icon of the International Style.
In the trailer of the 1934 film The Black Cat, starring Béla Lugosi and Boris Karloff, we see architect Hjalmar Poelzig falling through a glass screen in a Bauhaus-inspired house built especially for the set. The open crack in the screen gave its shape to Hans, a mirror displayed against the wall of the gallery.

On the concrete platform from left to right: Walter, James and Hans.
Videos: If You Put A Roof On. 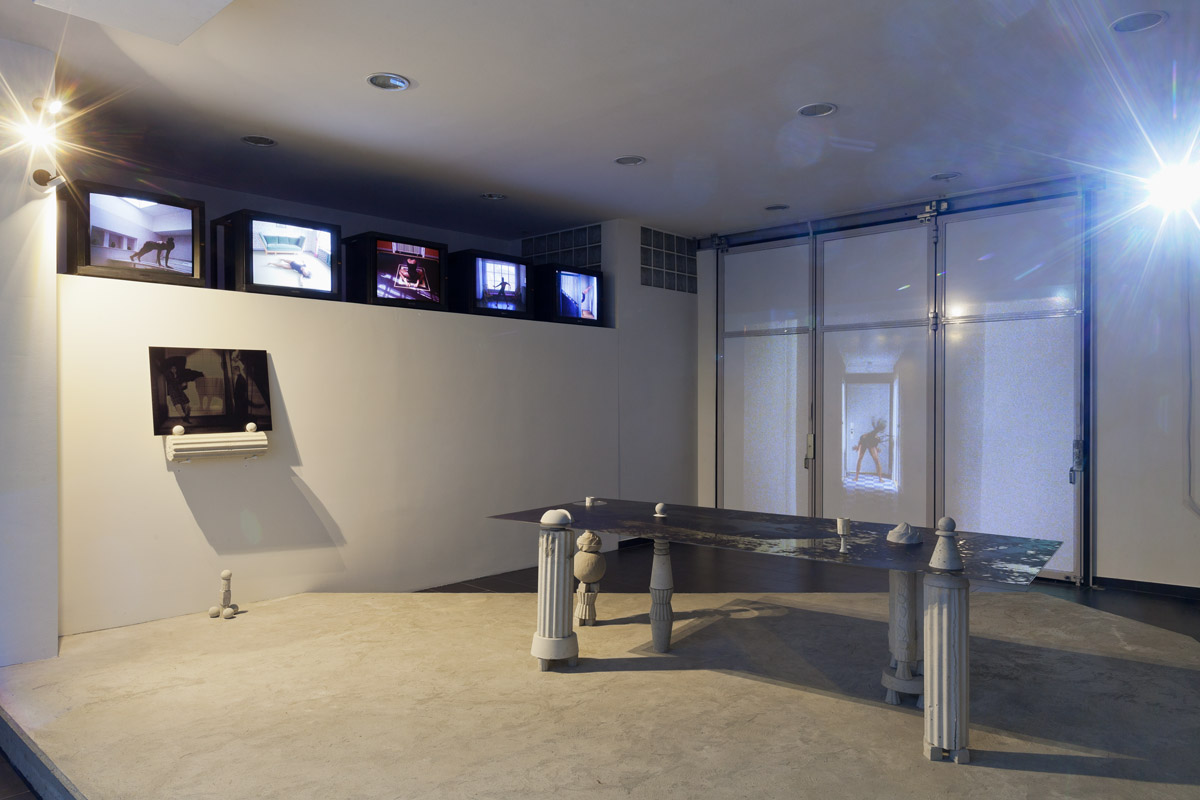 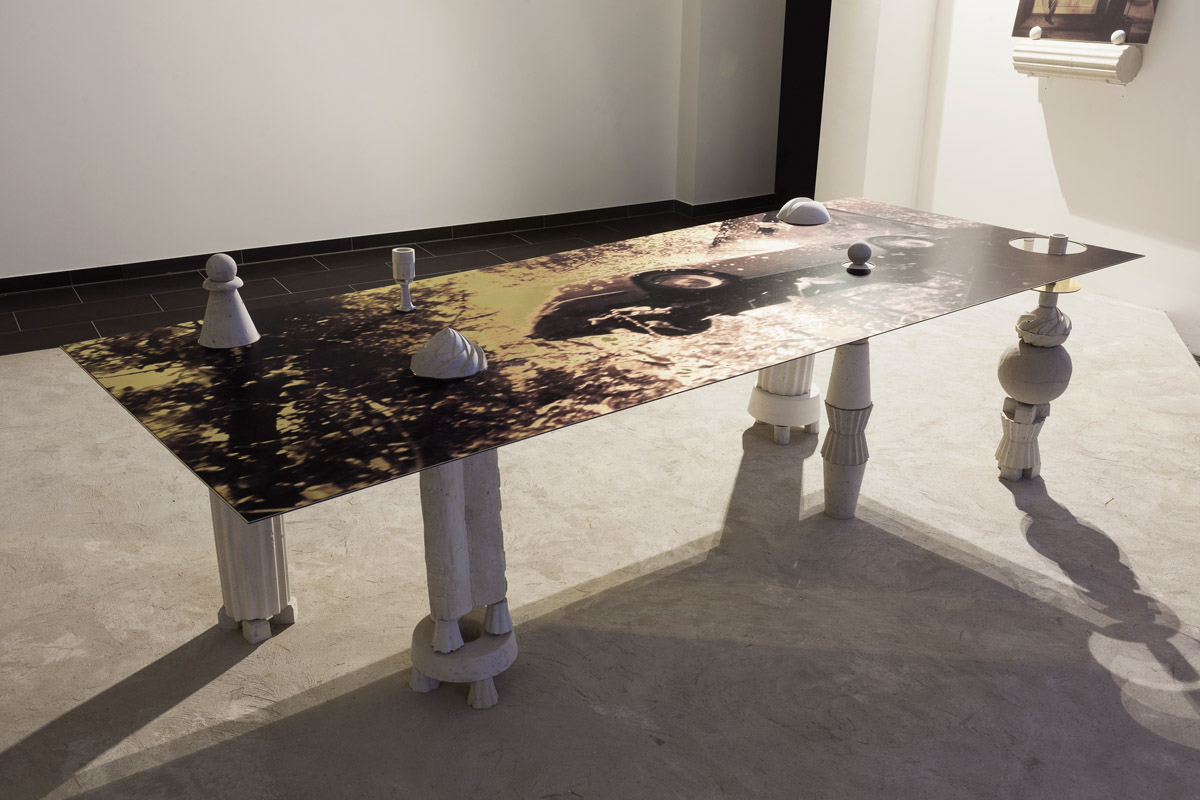 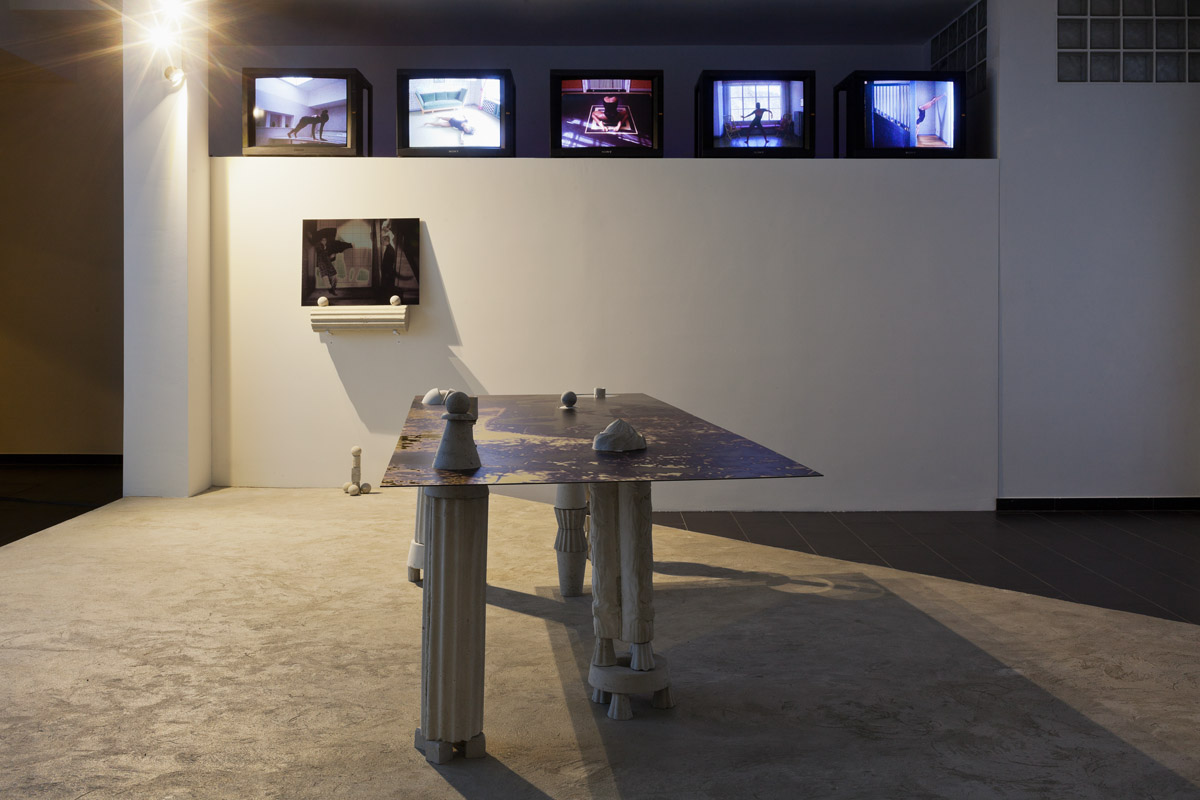 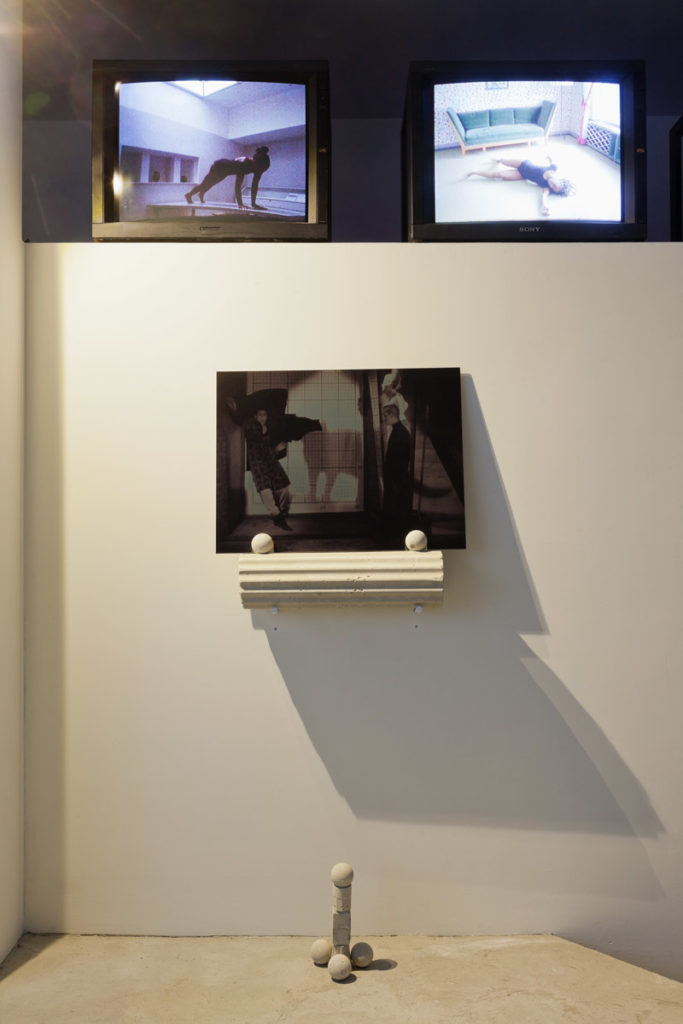 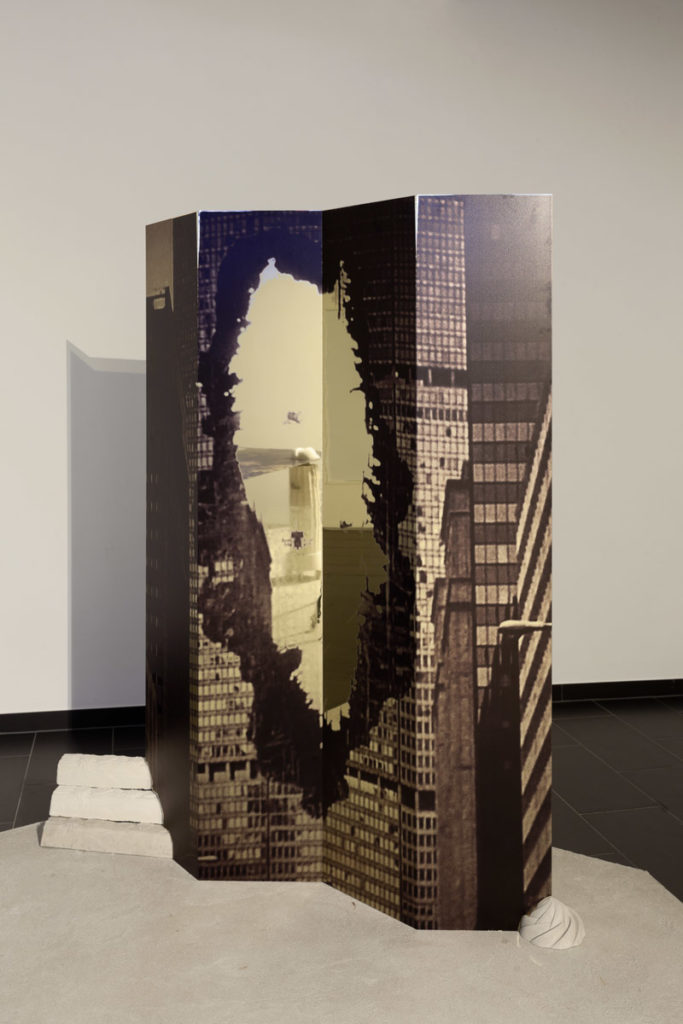 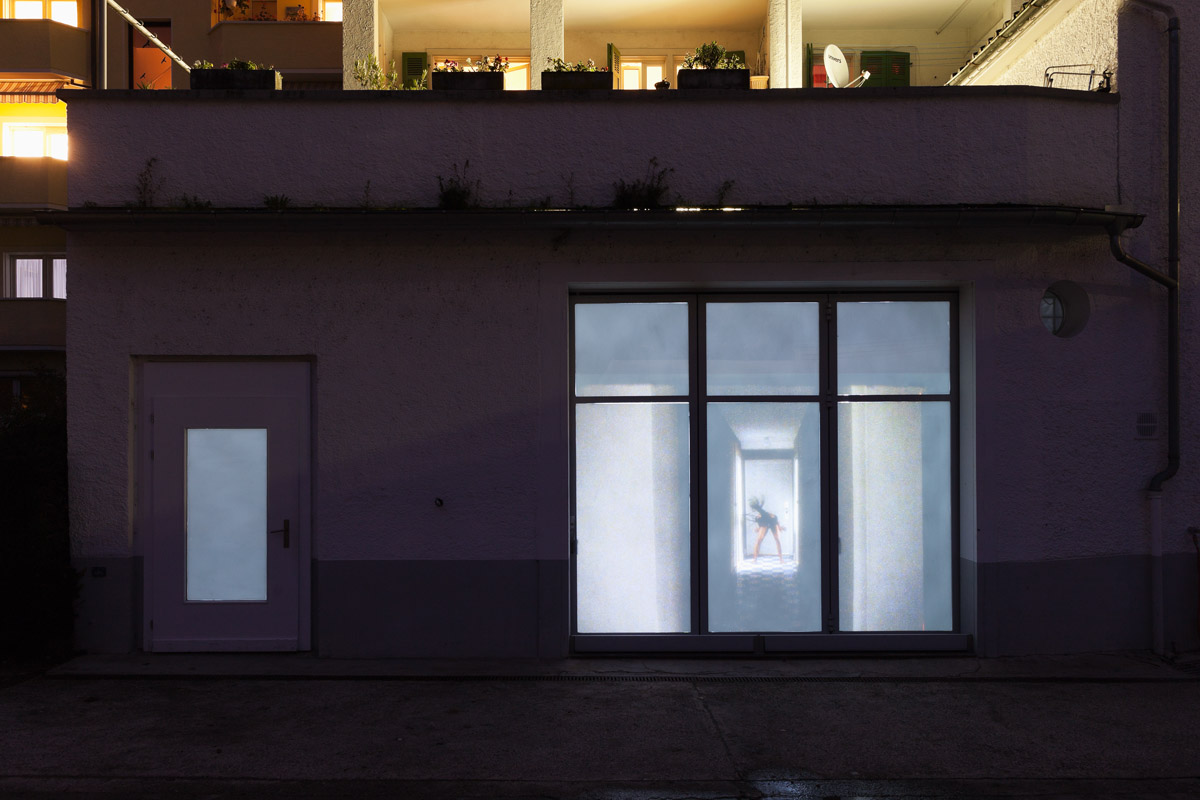