Macchia Aperta, solo exhibition at Galerie Jahn und Jahn in Munich from 13th of July to 16th of September 2017.

Pauline Beaudemont’s works have a soundtrack. I hear “Mourrir sur scène” by Dalida. Quintessential, faded meridional glamour, bursting with undulating arms and tangerine sequins. “Canto a Lloret” by Milva, a primal elegy to pan-mediterranean nights dense with sticky winds and suave tongues.  “Sei nell’Anima” by Gianna Nannini. Hot concrete, guitars, tears on a motorino. Why? Perhaps because the backdrop to this exhibition’s genesis is Rome, Roma Roma Roma as the supporters of the local soccer team chant with wet eyes, a city in which both fictional and real women, graced with opulent hair and even more opulent characters have challenged the male gaze as much as they’ve satisfied it. Remember Monica Vitti, Sophia Loren, Sabrina Ferilli, Anita Ekberg, Giovanna Mezzogiorno.

Athleticism permeates this show, the athleticism of a no-nonsense march through a busy market, the physicality of a strong hand palpating a ripe fig while the brisk movement of legs sparkly with a piazza’s dust projects you towards the dramedy of existence. Violence, too, is present, sold as poetry, as a mere accessoire to efficient story-telling, the violence of a body purposefully twisting limbs and words in order to satisfy the expectations of readers, listeners, watchers. But opposed by the artist’s strength and wit, this overly common, grotesque brutality starts to fidget like a panicked mouse, and ultimately ends up trapped in the weaknesses of its own repulsive instincts. The attention-seeking lads, amused by their twirly appendices and preposterous smiles don’t realize yet that their cover has been blown. Beaudemont then shakes her long hair, raises an Oppenheimian fist, jumps on a piaggio and proceeds to ambush the next contradiction.

I like to imagine the women mentioned before attending this show. They might feel reminded of their own narrative brilliance, of the deceptive games they have so cleverly played, patiently nourishing the secret fire of passionate guerrilleras. The ardor of the ironwork; the tension in the marble; the messiness of pink acrylic spread across a canvas. Maybe the stamina that transpires from each gnarled line in this show would trigger a succession of remembrances packed with powerful smells and gorgeous laughs. Vitti would get Ferilli a glass of wine and Beaudemont would join them, because she would fit perfectly amidst these icons, discussing where to find the best spaghetti cacio e pepe, the enervating traffic situation on the Ostiense or how the most mysterious participant to this whole project, Artemis Fontana, was actually involved in it.

About Artemis Fontana, you should probably just know that she’s contributed to the exhibition, in some intangible way. Her name might prompt your imagination to sketch up types, archetypes and prototypes of female artists, images our minds are burdened with; but she’s the sneaky nymph whose elusive touch wriggles through Jahn & Jahn like a string of wild pearls, and she’s the artist’s and the artworks’ confidante, judge, coach. To the dreamy sounds of glasses clinging together, kisses exchanged and breaths exhaled, Beaudemont’s pieces celebrate the baroqueness of movement, as much as they showcase the pictoriality of statism. They dance, they talk, they laugh, cry, pose, shout, expand themselves beyond the tricks of painting, of sculpture, of performance, yet they also embrace those gimmicks generously, like a warm, mellow hug. Macchia Aperta channels the vigour of shapes and materials that have overcome the boredom of their one-dimensional informativeness. The works are, to a certain extend, dragged up, conveying authenticity through fabulousness; they exude the always surprising plausibility of dreamscapes and the strength of theorems thought through, yet not elucidated; they reach out into the really fascinating territories. To quote Milva:   E mi voltai come in un sogno e mai più mi svegliai 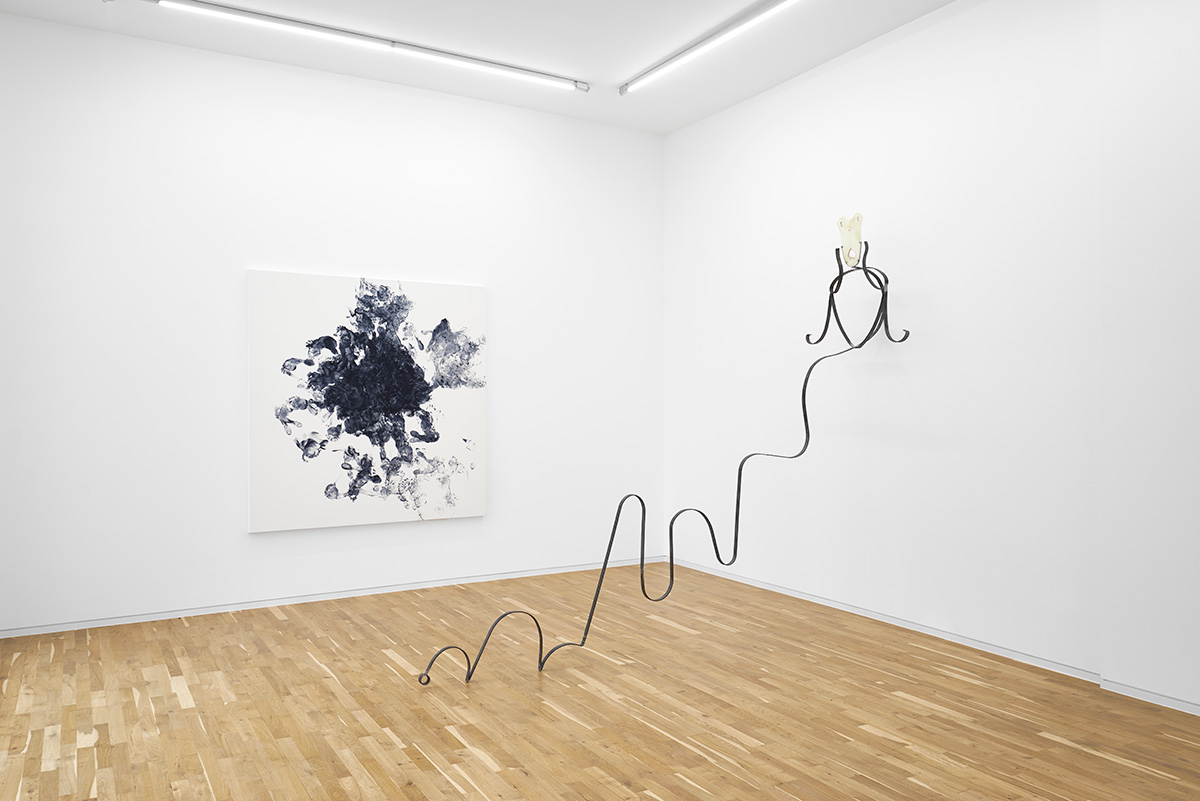 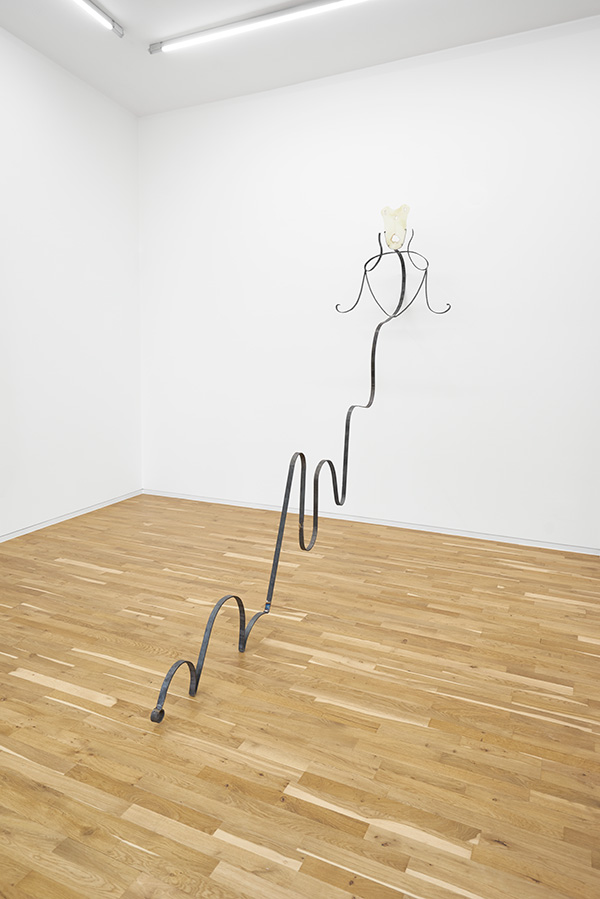 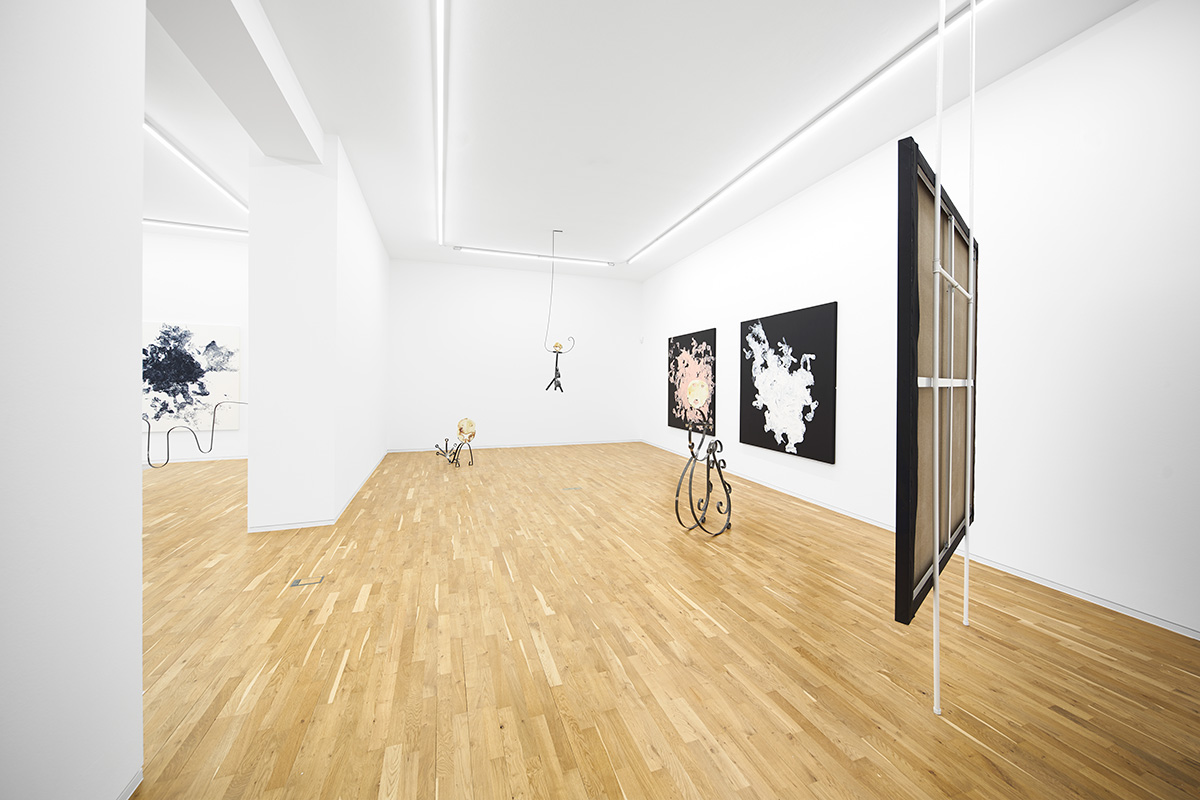 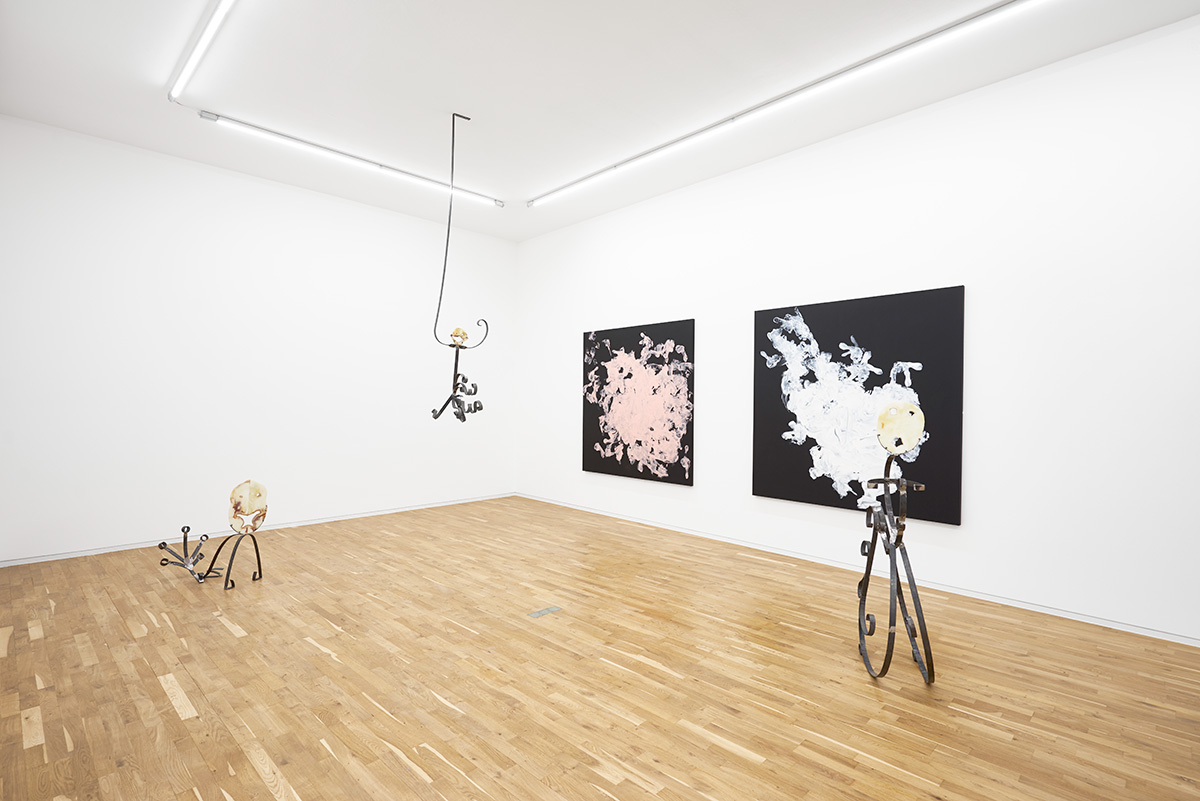 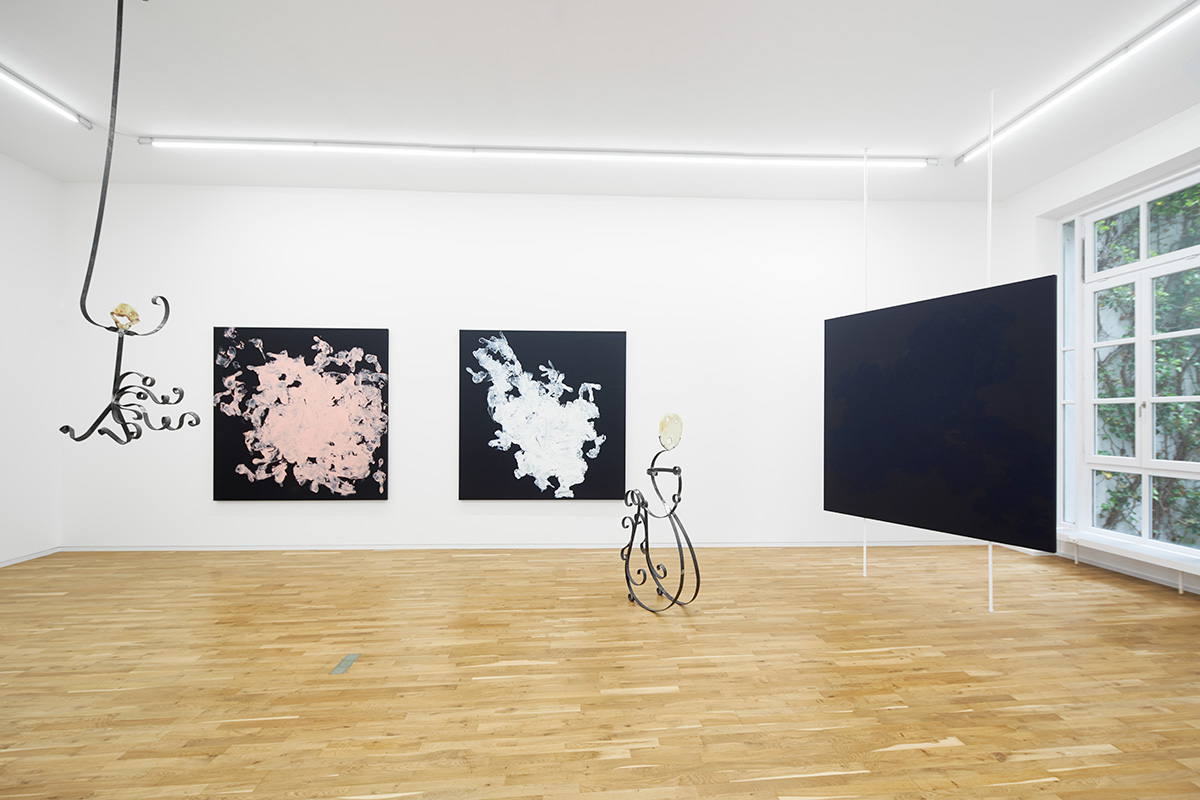 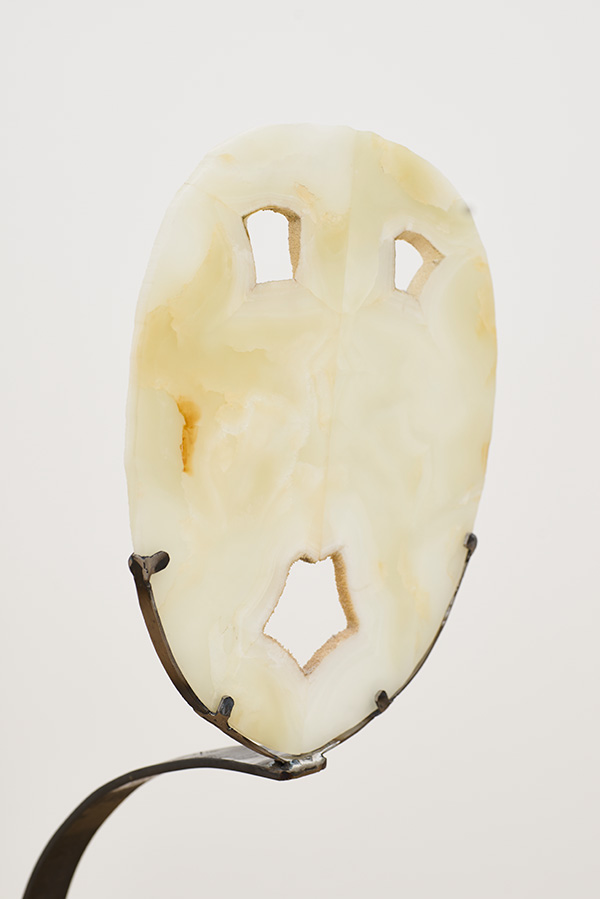 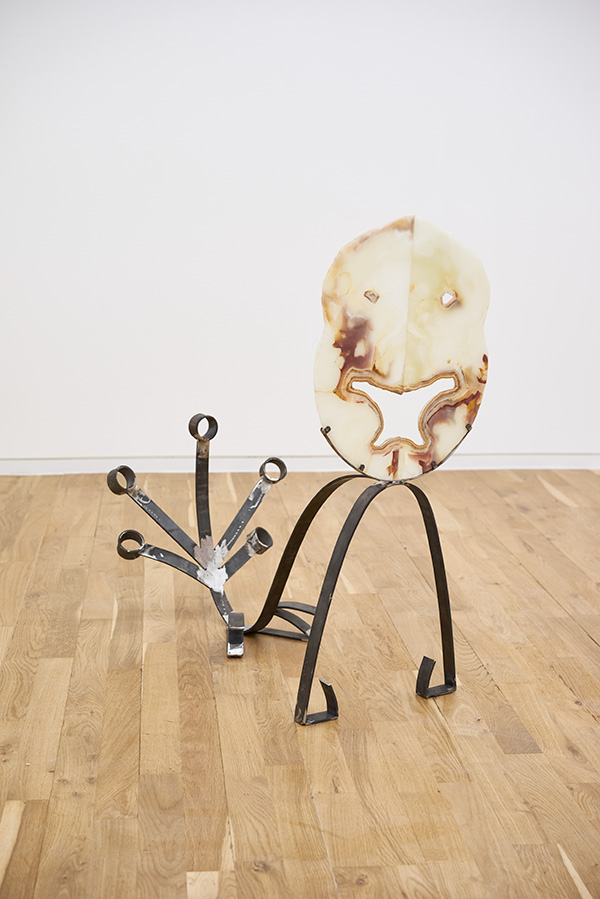 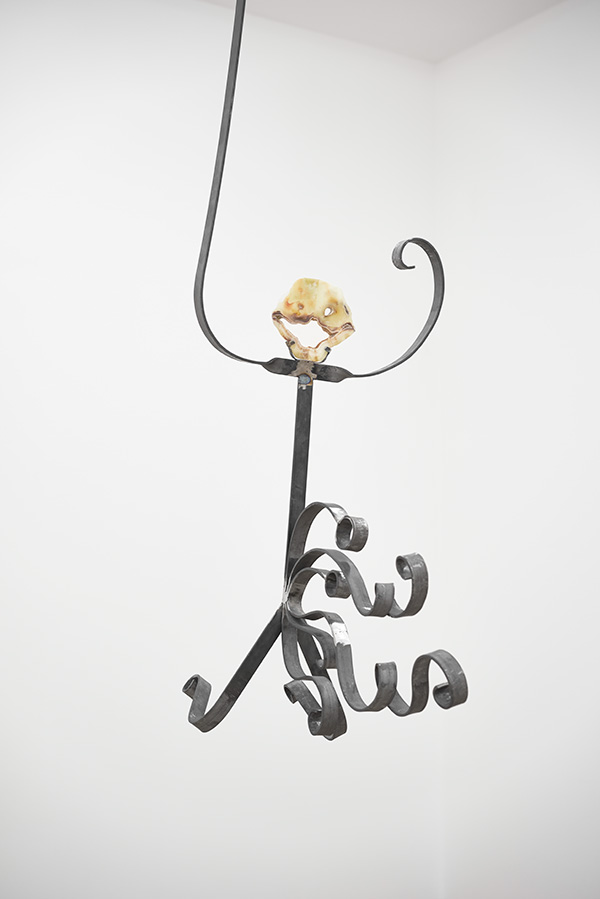 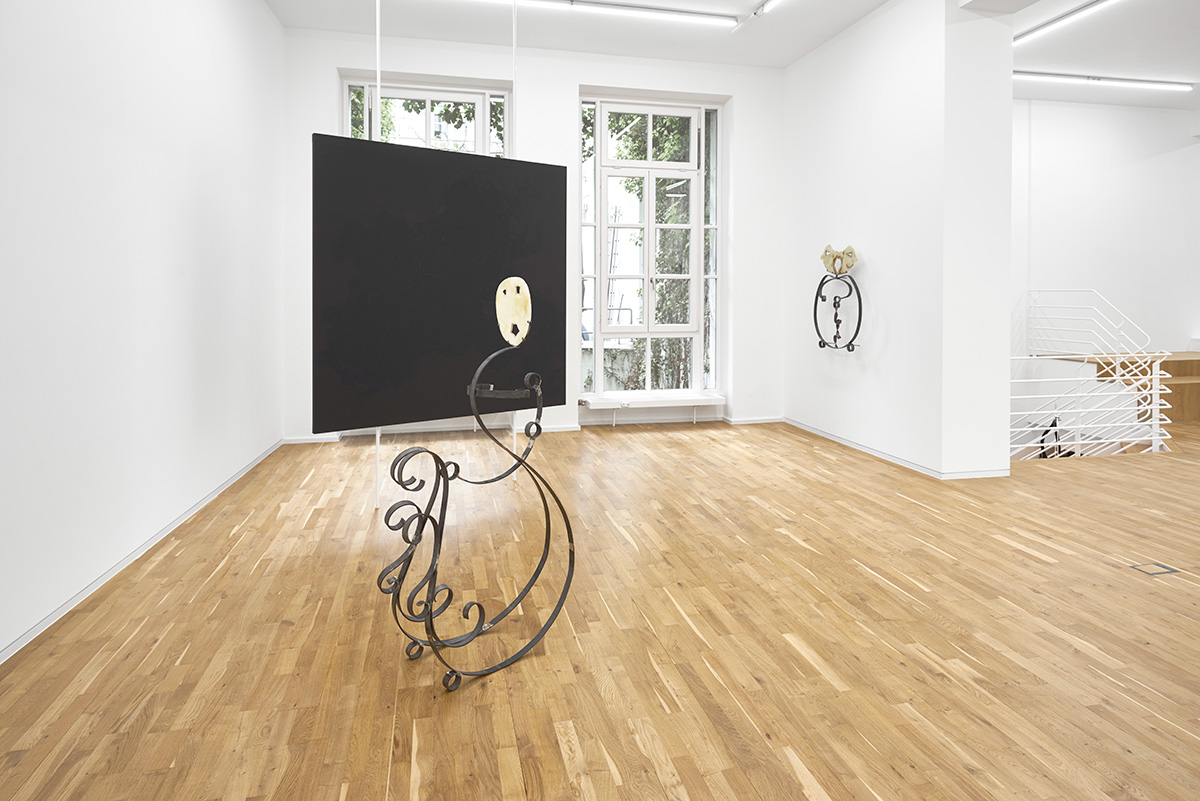 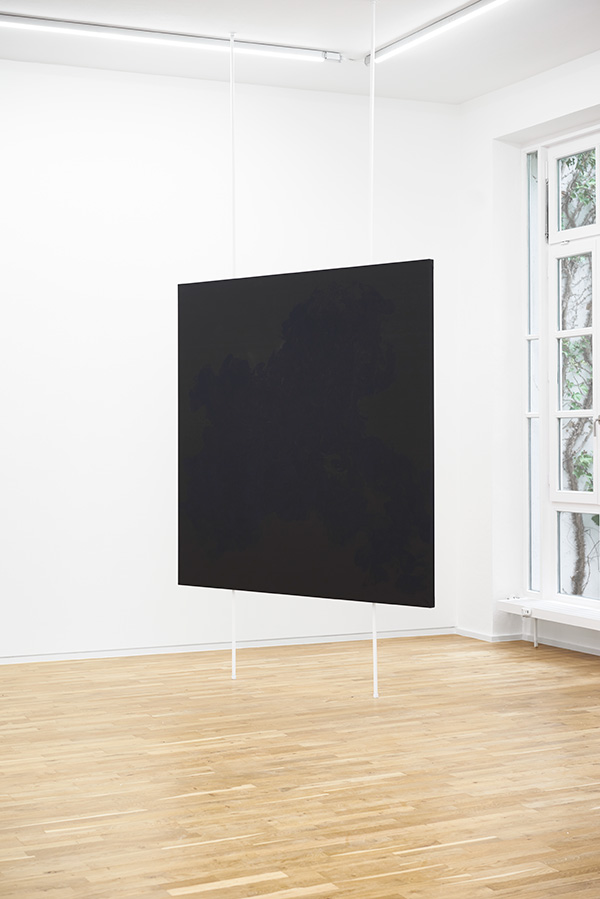 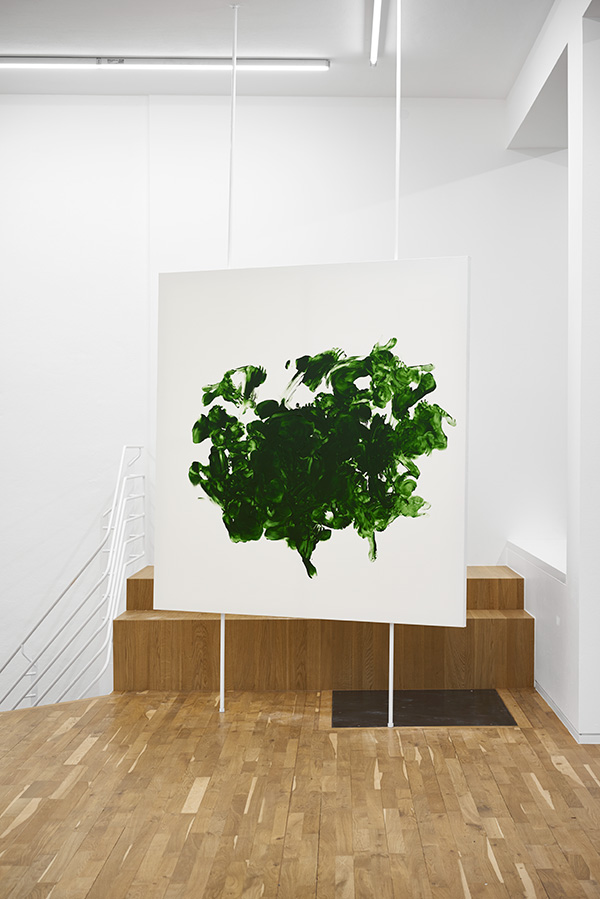 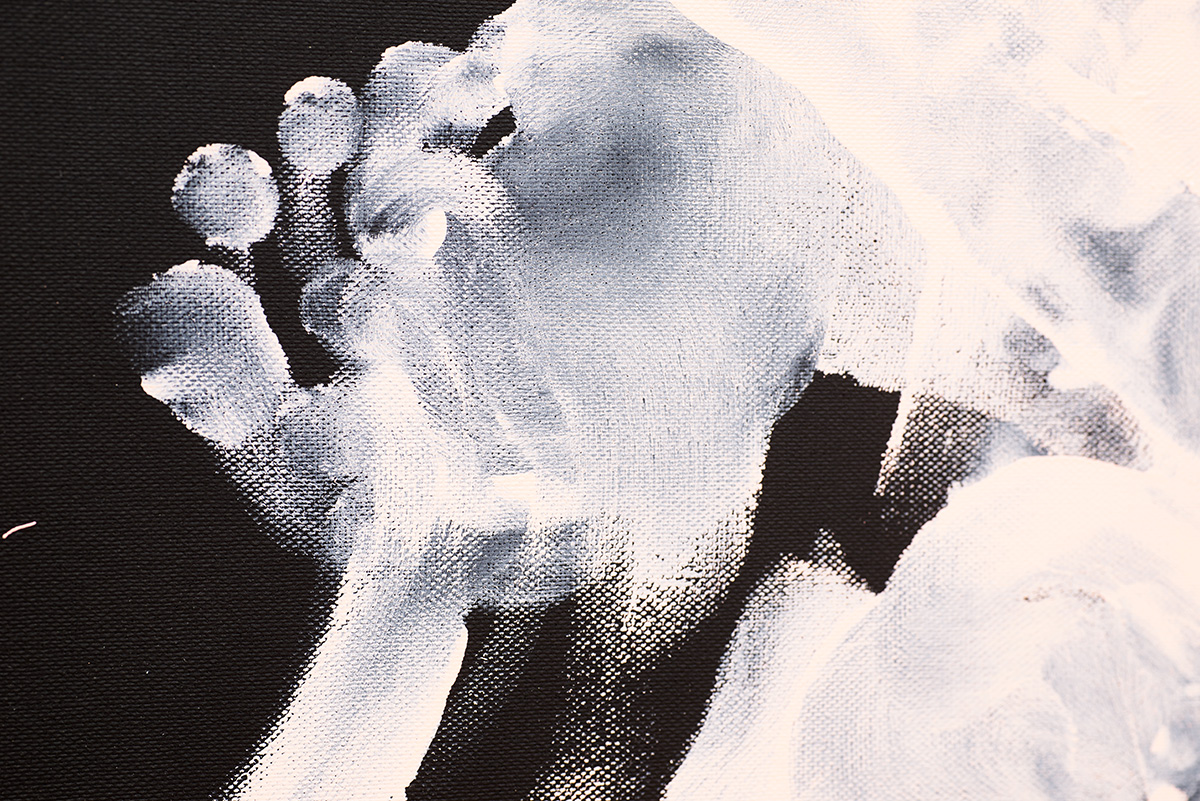 (detail) Artémis Fontana, If Woman Is A Word in Carnation, 2017. Acrylic on canvas. 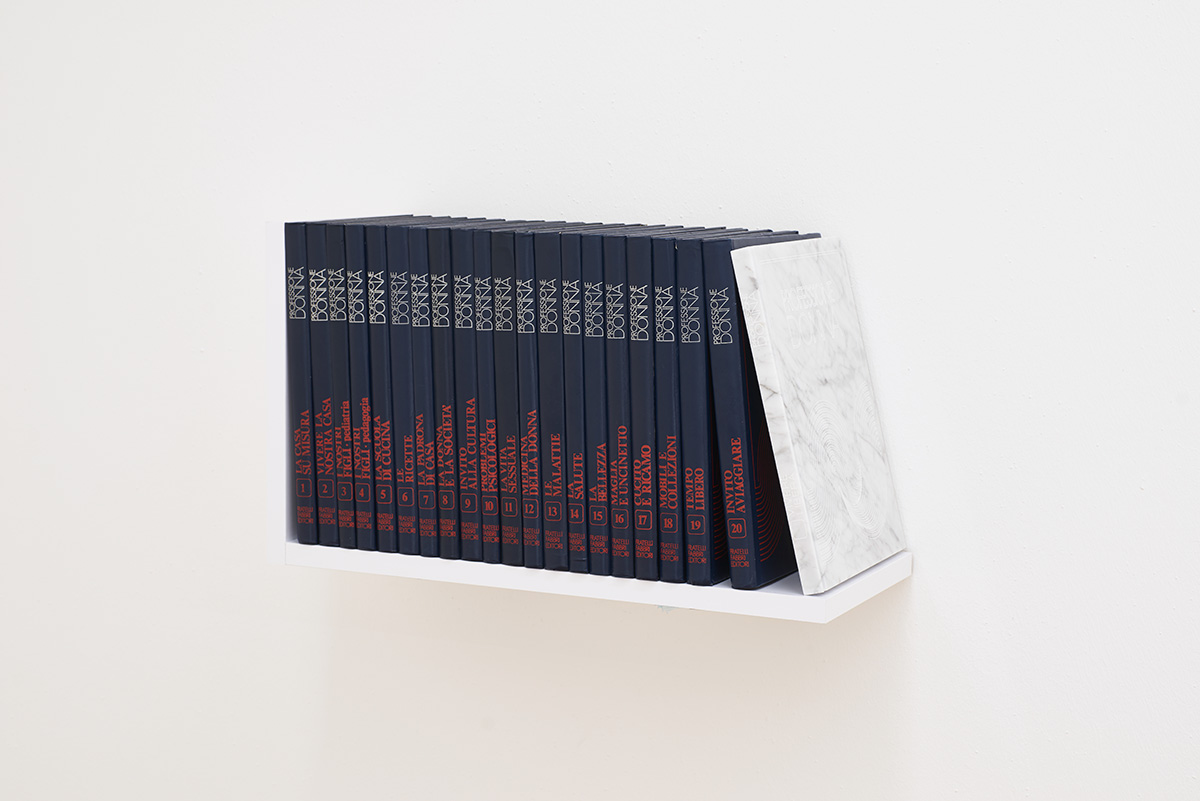 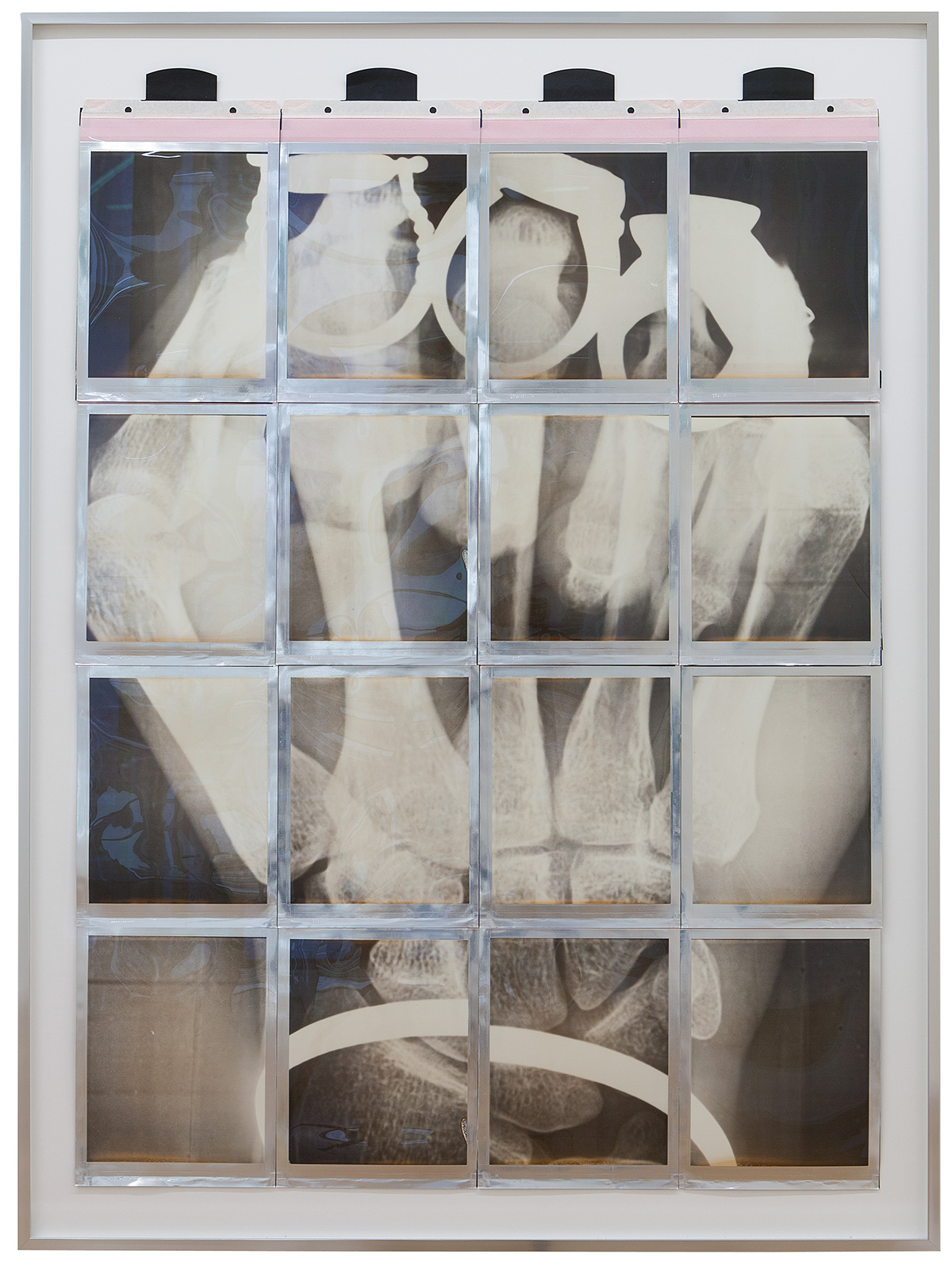